Lewis and Clark called this stream Skipanarwin Creek on their charts and for a century most maps used that form and Skeppernawin Creek. These spellings did not lend themselves to easy use, and for many years the stream has been locally known as Skipanon, a fact that the USBGN finally took notice of, and included in a decision: Skipanon Creek. Subsequently (April 1, 1925) the decision was changed to Skipanon River, which fits the universal Oregon use. Preston’s map of 1856 uses the form Skippenon Cr. There is a station named Skipanon on the railroad south of Warrenton. Skipanon was originally known as Lexington. Lexington was surveyed in 1848 by W. Hall and the plat recorded April 19, 1854. It was part of the Jeremiah G. Fuller donation land claim. The place was also known as Upper Landing. Silas B. Smith is authority for the statement that the Clatsop Indian name Skippernawin referred to a point at the mouth of the stream rather than to the stream itself. 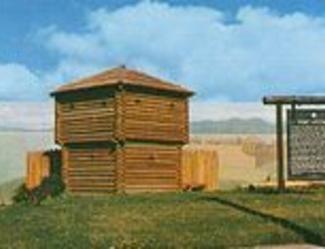 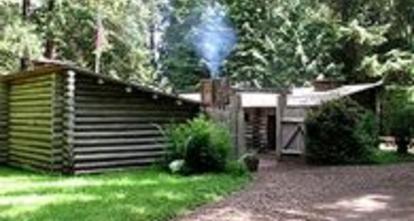 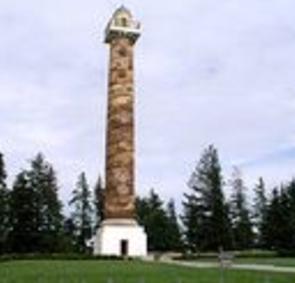 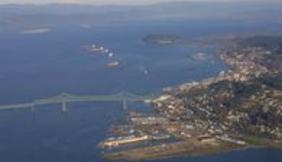 Warrenton gets its name from D. K. Warren, an early settler. The community of Lexington, which was laid out in 1848, was the forerunner of Warrenton and was the first county seat of Clatsop County. Lexington was a post office in the early history of the state. The site of Lexington was near the south limits of Warrenton and about where Skipanon station is now situated. The name Lexington fell into disuse and for many years the territory where Warrenton is now, was known as Skipanon. Small boats went up Skipanon River to the place called Skipanon, or Upper Landing, and there unloaded passengers and goods for Clatsop Plains.  Warrenton near the mouth of the river was platted by its proprietor in 1889 and the development of the community immediately began around Warrenton, and the result that Skipanon ceased to be of equal importance. Most of Skipanon is now within the city limits of Warrenton, although it is about a mile away form the business part of Warrenton.

Isaac Ingalls Stevens was governor of Washington Territory. 1853-57, and delegate to Congress, 1957-61. He was killed while leading the Seventy-ninth Regiment, New York Volunteers, at Chantilly, Virginia, against the Confederates, September 1, 1862. He was major general, and had seized the colors of the regiment after the color-sergeant had fallen. Governor Stevens was highly energetic and constantly active, and was very popular with the people of the territory. He was born at Andover, Massachusetts, March 18, 1818. In 1839 he was graduated from West Point. He served with distinction in the war with Mexico. The route of his journey to the territory in 1853, laid out and surveyed, by him, as one for a railroad, was largely followed by the Northern Pacific. Stevens visited the eastern states in 1854. He left Portland March 29, 1854. His report on his council with the Blackfeet, dated June 8 1854, appears, ibid., July 29, 1854. Fort Stevens, in Oregon, was named for him by Captain George H. Elliott, United States Engineers, who built the fortifications there and at Cape Disappointment in 1864, ibid., September 21, 1864. 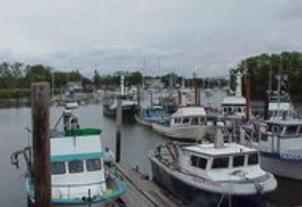 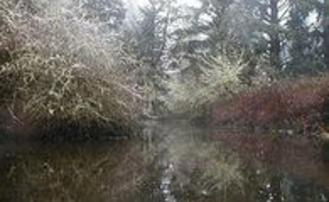 The name Astoria is full of historic significance, for about it is woven the story of the discovery, exploration and development of the great Oregon country. It was near here that Captain Robert Gray discovered the mouth of the Columbia River and gave to the United States its claim to the title of the territory. It was near here that Lewis and Clark passed the winter of 1805—06 and it as here that the first commercial settlement of Americans was made on the pacific Coast in 1811. This settlement was the direct result of the organization of the Pacific Fur Company in 1810 by John Jacob Astor of New York, and it was fitting that his name should be given to the company’s initial enterprise.

John Jacob Astor was born in Germany in 1763, and after four years in London, he grew to be a leading figure in the commercial life of the city, where he died on March 29, 1848, leaving a large fortune. The bibliography of John Jacob Astor’s relations with Oregon is unusually large. Washington Irving’s Astoria, published in 1836, is picturesque in style, but gives a good general account of Astor’s enterprise. The first chapters of Scott’s History of the Oregon Country treat of the founding of Astoria quite fully, and include many references invaluable to those interested in the matter.

The Astor party on the ship Tonquin arrived off the mouth of the Columbia River on March 22, 1811, and after two disastrous days of strenuous effort, succeeded in landing in the estuary. Three weeks later, April 12, the party began to build a fort and bestowed upon it the name of the originator and chief owner of the enterprise. The place was called Astoria until the fall of 1813, when it was taken over by the British, and rechristened Fort George.  Fort George it remained until it was nominally returned to the United States in 1818. The name Astoria was gradually restored with pioneer settlement.

Lewis and Clark hibernated on what is now known as Lewis and Clark River a few miles southwest of the present city of Astoria. Their camp was called Fort Clatsop. The city of Astoria is situated on a peninsula between the Columbia Rive on the north and Young’s Bay on the south, and the high ridge in between is known as Coxcomb Hill. It has an extreme elevation of 595 feet at the bench mark in the base of the Astor Column.

Astoria post office was established on March 9, 1847, with John M. Shively first postmaster. This was the first American post office on the Pacific Coast. Statements to the effect that the first post office at Astoria was in the John Adair house do not seem to be correct. General Adair got to Astoria in April 1849 more than two years after the post office was established. On April 10, 1852, General Adair wrote to Joseph Lane as follows: “When I came to the county, or shortly after, you know Shively, who was postmaster and resided on the hill at Fort George, left for the mines, leaving no one to take care of the office.  McClure, who was one of Shively’s bondsmen, would not allow a mail bag to go into his house and demanded of the Post Master General an immediate release as surety. I consented to take the poor bantling.”

This was the first military establishment to be built in Oregon, and it served as the Lewis and Clark winter-quarters for 1805-1806. The various factors which influenced the selection of a locality for winter-quarters are mentioned in Thwaites Original Journals of the Lewis and Clark Expedition, volume III, page 246, et seq. The men were allowed to vote on the location. Lewis made a reconnaissance, and on December 5, 1805, rejoined Clark, reporting that he had found a good situation. Construction of a stockade about 50 feet square was started at once. This was built around seven cabins. On January 1, 1806, Captain Lewis recorded in his orderly book that the fort was completed, and the first orders for its operation and security were officially issued on that date. The name Fort Clatsop is not given in the orders, but appears later in the journals. The party left the fort on the return trip at 1 P.M., Sunday, March 23, 1806. On March 20, Lewis wrote: “we have lived quite as comfortably as we had any reason to expect we should.

The site of Fort Clatsop, three acres of land, is now owned by the Oregon Historical Society and is marked. It is about three-quarters of a mile south of the Oregon Coast Highway, just west of Lewis and Clark River and is easily accessible by road.